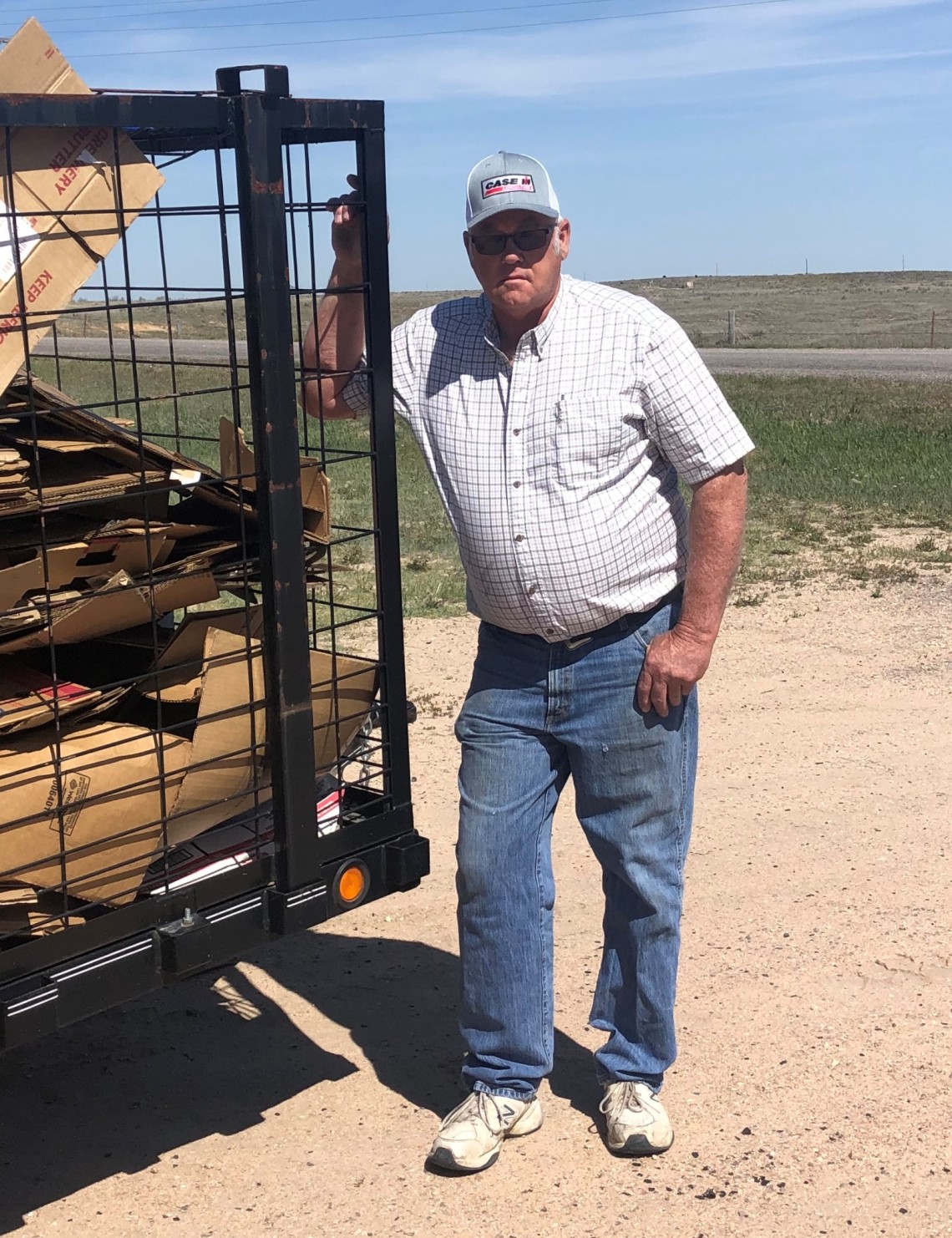 Yuma County’s geographic isolation and sparse population density make recycling not only thankless, but extremely challenging. However, there is one person who believed that saving landfill space was worth the effort.

Yuma County covers 2,369 square miles in northeast Colorado. It is bordered to the east by Cheyenne County, Kansas, to the south by Kit Carson County, to the west by Washington County, and to the north by Logan and Phillips Counties. Yuma County has a population of 10,146. The city of Yuma, with a population of 3,524, is the county’s most populous city and is located in western Yuma County, at the intersection of US Highway 34 and State Highway 59.

Cliff Henry started his career in 2000 when he was asked to take over Yuma County’s “dump” operations. Turning the county “dump” into a sanitary landfill was a family effort for Cliff, who often relied on his wife and sons to help. Cliff was not happy to just bring the landfill into compliance. He understood that something must be done to conserve landfill space. When the high school welding class converted some old trailer frames into recycling trailers, Cliff took a look at the trailers and realized they wouldn’t work. So he took it upon himself to shore up the trailers, arguing that it was an effort that was worth the time.

Those first 18 trailers were used to begin recycling cardboard. Today, there are 70 trailers throughout the county, serving five towns. The Yuma County Landfill now recycles metal, paper, electronics, batteries, cardboard, plastic and tires, all collected on site. Approximately 18 tons of electronics, 44 tons of paper and magazines, 5 tons of plastics, 80 tons of metals and 264 tons of cardboard are diverted yearly.  Solely through Cliff’s efforts, Yuma County realizes a 10% diversion rate.